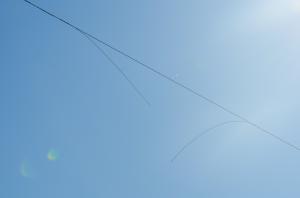 A broken conductor strand detected before it falls 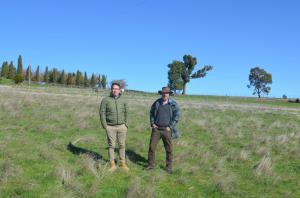 IND Technology continues to roll out more sites as we are in talks with several large utilities across the US, Europe and Asia.”
— CEO, Dr Alan Wong

MELBOURNE, VICTORIA, AUSTRALIA, June 29, 2020 /EINPresswire.com/ — A recent incident in Victoria has shown the importance of Early Fault Detection (EFD) system, with a broken conductor strand being identified before the powerline fell.

The EFD system, installed by Powercor Australia on a 13,000-volt powerline in a high fire danger area at Porcupine Ridge near Daylesford in Victoria, detected a broken conductor strand in time for repairs by Powercor’s line crews.

"The EFD system first picked up indications of trouble in mid-April. Our team was able to confirm the breakage when we visited the site in mid-May. Powercor which acted on our alert immediately sent a crew to make the conductor safe, so it couldn’t fall or unravel further to create an electrocution risk from hanging strands of wire. They came back and fully repaired it two days later. ”

This ground-breaking technology uses pole-mounted sensors every five kilometres. It continuously monitors powerline networks to detect problems before they create serious safety risks, such as wildfires, locating them accurately within ten metres so crews can go directly to the problem and repair it.

IND Technology developed it with support from Deakin and RMIT Universities in Australia.

Local landowner, Michael Thorne said he was very happy the problem had been found and fixed.

“I often walk through this paddock with the children and we look at the stock and the pasture but never think to look at the powerline above. If that strand had kept unravelling and one of us had walked into it, we could have been killed”. He said.

Thorne is active in the local Country Fire Authority and is very conscious of the fire risk of fallen powerlines. “If a fire started under this powerline in the peak of Summer it would likely run up the hill to destroy our property and others further along Porcupine Ridge. An afternoon wind change would then likely drive it into the State Forest only a few hundred metres away. The outcome could be very bad.”

Broken conductor strands like this one were implicated in the Kilmore East Kinglake fire, Victoria’s worst-ever powerline fire disaster which killed more than 120 people on Black Saturday.

This is the third powerline at risk of falling that EFD has found in a small-scale Victorian Government's Powerline Bushfire Safety Program-funded trial covering less than half a per cent of Victoria’s high fire risk powerlines. The results of the Trial indicated all 30,000 km of Victoria’s single-wire powerlines in high fire-risk areas could have EFD monitoring installed for about $30-40 million.

The trial finished 12 months ago in mid-2019 but IND Technology has kept the trial systems running. Both AusNet and Powercor Australia are taking over ownership of the trial systems on their networks and are committed to keep them running as they consider future use of EFD systems. New South Wales network company Endeavour Energy is installing a small trial of EFD on selected Blue Mountains powerlines.

Besides Australia, early results from trials in California suggest EFD is a promising wildfire mitigation tool. It has been picking up similar incidents of broken strands and other types of powerline-related faults since 2019.

Power industry research continues to report utility powerline monitoring using visual inspection at multi-year intervals is mainly driven by the incidence of conductor falls and that a reliable and cost-efficient means of assessment of the likelihood of conductor fall is urgently needed.