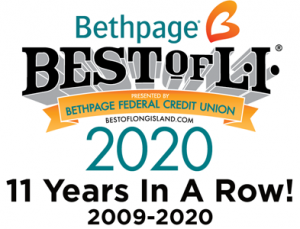 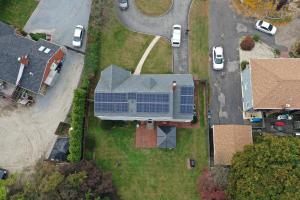 Drone image of an installation that was completed by the SUNation team! 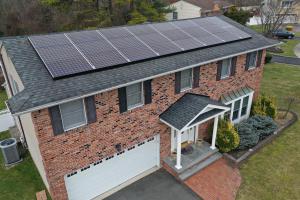 Another drone image of an installation that was completed by the SUNation team!

The Ronkonkoma based solar company has received four awards in the 2020 "Best of Long Island" award program.

RONKONKOMA , NEW YORK, UNITED STATES, February 25, 2020 /EINPresswire.com/ — Since SUNation was founded in 2003, we have continued to hold the top spot in the Long Island solar industry. SUNation has been able to stand out from the crowd eleven of our seventeen years in business by being named “Best Solar Business on Long Island.” Aside from that title, SUNation has also been named “Best Alternative Energy Company,” “Best Green Business,” and “Best Environmental Organization.”

The “Best of Long Island” business award program, sponsored by Bethpage Federal Credit Union, is a resident voted award program. Residents from all over the island are encouraged to go out and vote for the best businesses on Long Island. Throughout the year, there is an eight month nomination period. During this period, residents of Long Island request the business they believe deserves an award. After this period is over, businesses with the most amount of requests are moved on to the voting period during October 1st and December 15th. Early in the new year, the businesses that have the most votes are awarded with their “Best of Long Island” awards.

Receiving a “Best of Long Island” award has become something that the community leans on for recommendations. These awards help build credibility, trust, and praise within the community. Alongside the awards, SUNation prides ourselves in our customer experience and satisfaction. Not only does SUNation spend the time to make sure every step of the way is perfectly fitted to the customer’s needs, we also treat our customers like family. In doing this, customers are always willing to refer friends, family, or even strangers to use SUNation when they are looking to get a solar system installed. This is something that means the world to SUNation as a company because a substantial part of our business is conducted based off of customer referrals.

Not only does SUNation focus on being there for the customer, we are also heavily focused on bettering and impacting the community. We attribute a large portion of the success within the “Best of Long Island” awards to the actions and philanthropic events that we are involved in. By aligning the goals of multiple organizations such as Make-A-Wish foundation, United Way, Last Chance Animal Rescue, HIA-LI and Long Island Cares, and SUNation Cares, SUNation is able to do our part by giving back to the community and serving those in need.

About SUNation Solar Systems
SUNation Solar Systems is the local solar expert that is trusted by over 5,000 Long Islanders when it comes to professionally installing the most durable solar systems. We pride ourselves on our levels of professionalism, customer experience and customer satisfaction. We are your neighbors; we live here, we work here, and we give back to our communities. Our non-profit organization, SUNation Cares, provides the donation of free electricity to Long Island families in need. We strive to make Long Island a better place to live for generations to come through clean and efficient solar energy. SUNation has been named “Best Solar Business on Long Island” for eleven years in a row, “Best Alternative Energy Company on Long Island” for nine years in a row, “Best Green Business on Long Island” for eight years in a row, and “Best Environmental Organization for two years in a row. We also pride ourselves for obtaining an A+ rating from the Better Business Bureau.