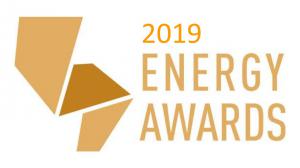 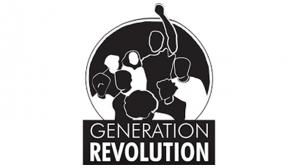 2019 Energy Person of the Year: The Climate Warriors 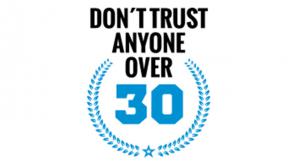 Every revolution has a defining generation that exerts greater influence over the direction of change than its contemporaries.

"Energy Awards" is an annual issue that features the people, publications and media that did the most to influence energy and the environment in that year.

The spirit of resistance … is so valuable on certain occasions, that I wish it to be always kept alive. It will often be exercised when wrong, but better so than not to be exercised at all.”
— Thomas Jefferson

SAN FRANCISCO, CALIFORNIA , UNITED STATES, December 2, 2019 /EINPresswire.com/ — Each year, the American Energy Society selects the people, publications and media that did the most to influence energy and the environment in that calendar year. The winner of the 2019 Energy Person of the Year … The Climate Warriors.

Every revolution has a defining generation that exerts greater influence over the direction of change than its contemporaries. Both gifted and flawed, an older generation of leaders fostered the American Revolution of 1776 and the 19th century Industrial Revolution, while passionate young people led the first religious Great Awakening in the 17th century and the counter-cultural revolution of the 1960s.

Energy is undergoing an epochal transformation, and at various times we are all its revolutionaries. This revolution is much like others, where different generations do not always share common objectives. The first revolutionaries, like Richard Swanson, Jigar Shah, Lynn Jurich, Emily Kirsch, and Michael Skelly, forged new paths, but the scope of their vision was often focused too narrowly on renewable energy — safer sources, but incapable of generating sufficient amounts of power. The shale revolutionaries followed, like George Mitchell, Aubrey McClendon, Harold Hamm, Charif Souki, and they successfully applied hydraulic fracturing techniques to achieve an abundance of affordable energy that wasn't entirely safe.

In 2019, the energy revolution saw the rise of a new generation of Climate Warriors. First, Alexandria Ocasio-Cortez challenged Congress. Then came younger impatient revolutionaries: Greta Thunberg (“I don’t want you to be hopeful"); the students who blocked Congress; those in Chile who fire-bombed Enel utility offices to protest rising rising electricity prices; young onion protesters in India; the 4+ million global participants in the global climate strike; @LittleMissFlint (aka Mari Copeny – 12 years old, 115K Twitter followers); and others, like Marlow Baines, Isha Clarke and Tokata Iron Eyes (all seasoned activists at the age of 16-years-old) who call for energy justice.

To those who reject the Climate Warriors — ignore them at your peril. These young revolutionaries of 2019 use TikTok videos as a "call to action," they organize global Climate Strikes, they consider themselves “woke,” and their catchphrase “OK-boomer” targets their greatest foe – the Greatest Generation. They don't care if they have the support of Jane Fonda or Bernie Sanders.

To the Climate Warriors — learn from history. Most revolutions end in chaos and infighting, never fully achieving their ultimate vision. History has witnessed this pattern many times before with movements that: act dismissive and condescending; are self-interested and reject alternative concerns; refuse to collaborate or cooperate; exhibit extremism that offends and isolates.

Perhaps in 2020, the Climate Warriors and the fossil fuel industry will find common cause and together lead a more successful energy revolution. More realistically, however, America's electoral calendar and the propensity of the public to fail to see through the media's tendency to throw fuel on the fire will likely hinder the cooperation between competing revolutionary factions that is so desperately needed.